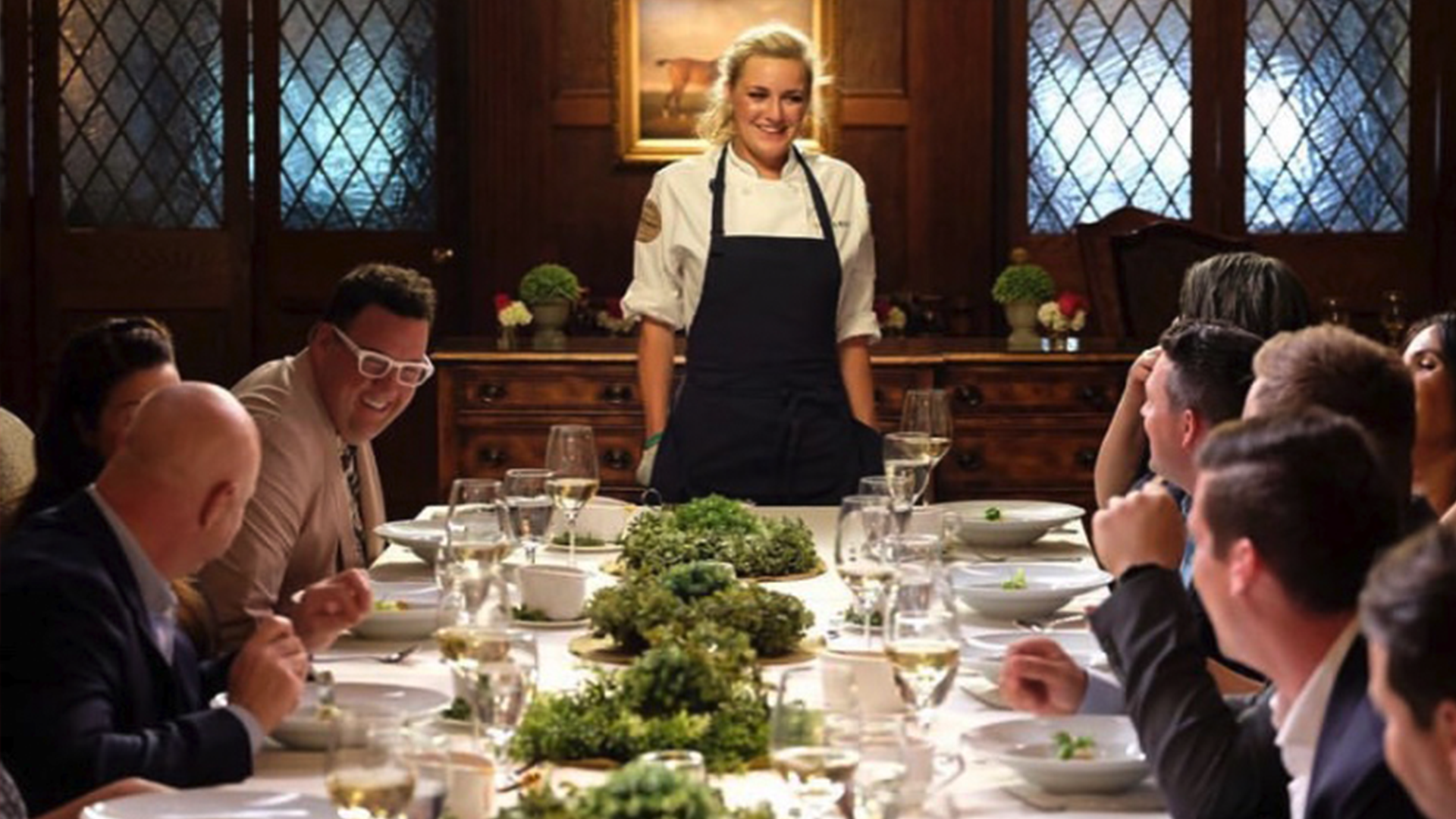 Bryant’s Rent-All in Lexington, Kentucky, is known for providing excellent service to customers, whether it’s a one-time chair rental for a backyard picnic or an elegant annual event. In 2018, though, their team had a unique challenge: TV show Top Chef was coming to town and wanted to work with them for their needs on set.

Taylor Melton, CERP, was assigned to manage the Top Chef project for the Bryant’s Rent-All team, so we asked her some questions about the whole process.

Point of Rental: How long did it take to set up for the orders? Was any part of the process particularly demanding?

Melton: Overall, working with Top Chef wasn’t much different than working with any of our other clients, with two major exceptions. First, we were aware well ahead of time when we would be receiving the orders and knew they wouldn’t be repeated each year. Secondly, due to design meetings and last-minute changes on set, we had to be ready to accommodate last-minute orders and changes outside of typical business hours.

There were also a couple of special occasions where our crews were on site a little longer than typical for filming purposes, but they were arranged ahead of time and planned for accordingly in our routes for the day.

How did participating in this affect the rest of your operations, both during and after the show? Has it affected rentals/sales since?

It made for an extra-eventful busy season. Our processing teams were definitely tested on their ability to flip inventory at an unusually fast pace while still meeting our quality standards. I can’t really say how it’s affected sales until we finish our busy season and we’re able to compare our numbers year-over-year, though.

Do you or your friends watch the show? How did it feel to see something you did on TV?

Yes! It’s very cool to see your daily work showcased on TV. It added a new element to watching the show because it was not only an amazing season, but it was fun to know when and where the episodes were filmed and the items that came from Bryant’s Rent-All in each episode.

It was fun to try to find all the different items we rented. My favorite episode from the season was episode three, ‘Naughty and Nice’ –  it was filmed in May, but we got to use our rentals that are most popular during the holidays in the middle of summer to create that Christmastime feel for the episode since it was scheduled to air on December 20th, 2018.

What was one of those last-minute changes on-set and how were you able to accommodate the production?

For season 16’s ‘Restaurant Wars, they decided to do three teams instead of just two. I’m sure this added a new design element regarding the rentals needed to create each restaurant’s desired aesthetic. During filming, our team put in a lot of work beyond our normal operating hours to make sure all their needs were taken care of.

Tell us more about these “on site for longer than they typically would be for filming purposes” situations.

Sometimes they were getting different shots of our trucks and crew for possible footage to use in the show. In episode 11, ‘The Greatest,’ Bryant’s Rent-All was mentioned in a verbal shout out by Padma Lakshmi and one of our delivery trucks was featured. That was a pretty nice Valentine’s Day present, since the show aired on February 14.

While the entirety of Top Chef Season 16 has already aired, you can check out the whole season, featuring thousands of items from Bryant’s Rent-All, online via streaming services like Hulu or Amazon Prime.