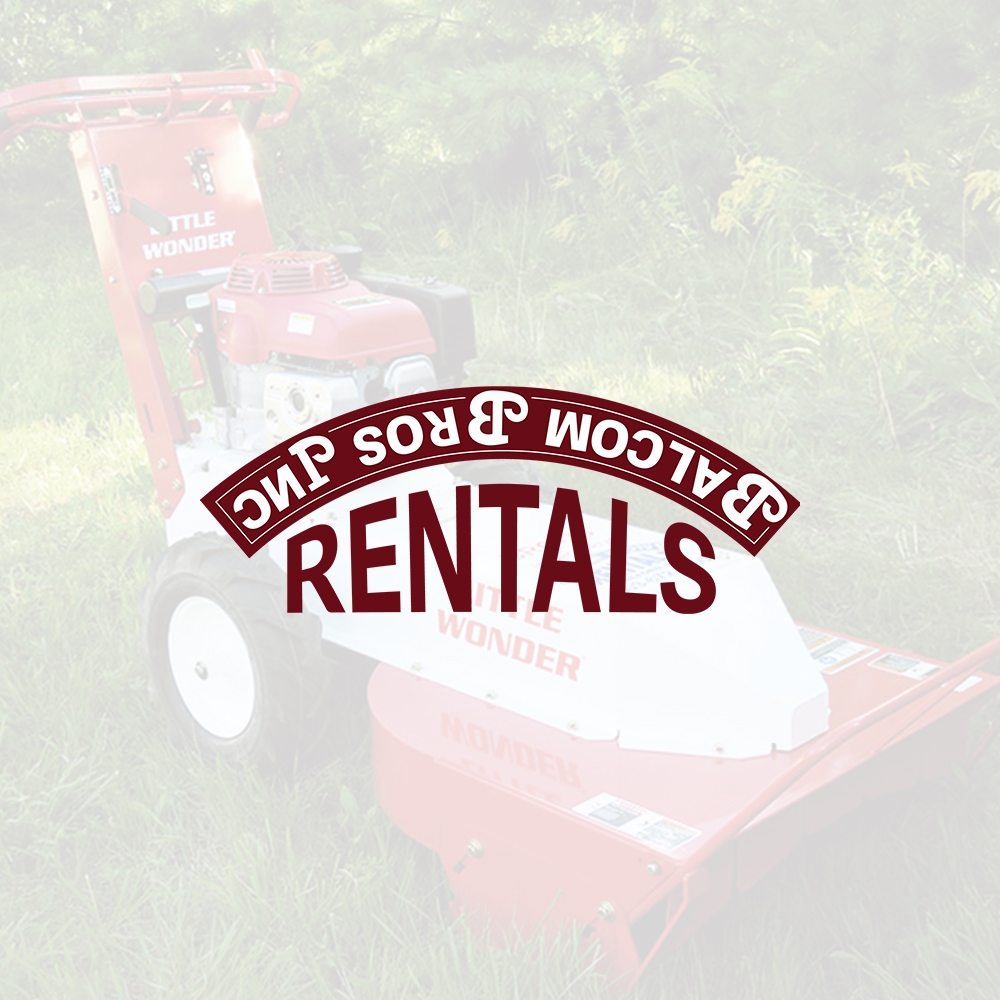 Balcom Brothers has been a family-run operation for more than 30 years, managing a landscape supply yard and a party rental business while providing general rentals. Located in New Hampshire, they focus on providing the equipment and tools needed for snow and ice removal all winter long.

For years, Balcom Brothers depended on limited, outdated software. They were outgrowing its functionality and it never seemed like developments were on their way to handle the issues they were facing.

They wanted to integrate purchase orders and work orders and needed to handle a huge variety of equipment. They tried to hang on to their previous software, sure that it would be a huge hassle to switch to a new system and to train everyone on new processes. Eventually, however, the frustration became too much to handle – every weekend started off with a line of customers waiting on their software to allow them to get to work.

In the spring of 2019, they made the jump to Point of Rental, using the company’s Expert software.

The plan was to implement the software before the rental season really started – early spring in New Hampshire tends to be relatively slow. Spring arrived early that year, however, and Manager Ray Balcom and the team found themselves trying to implement Point of Rental in a busy store.

Despite the challenges of having to learn to use a new system while their phone was ringing off the hook and rentals were being booked and returned, by day three, the team was comfortable with their new software, knowing what needed to be entered and where.

“It’s easy to figure out and start understanding the process and how to do things,” Ray said.

They’re now able to track their purchase orders easily within the system eliminating the headaches of matching up serial numbers to paperwork. The software handles the various aspects of Balcom Brothers’ business – landscape supply, party rental, tool rental, and even their snow removal equipment.

Being able to recategorize an item in Point of Rental, something they couldn’t do in their old software, in mere minutes “is awesome.” As their rental equipment ages, it’s easy to move it into becoming a non-rental asset for use around the lot, then eventually even sell.

Partnership
Perhaps most importantly, they appreciate that Point of Rental is always working with users – both in support and to enhance the software itself.

“We wanted to see someone that was trying to keep up with the times and new technologies,” Ray said.

When they found out that not only would the team listen to suggestions, but there was an entire infrastructure in place to take ideas, discover what other users were suggesting, and vote on them as well, Ray was impressed: “Wow, I can actually suggest something? I really like this.”

Meanwhile, on the support side, the team doesn’t often have questions, but when they do, Point of Rental’s support team is there to help.

Now, with years of working with Point of Rental under his belt, Ray summed up his experience: “I’ve been very happy that we made the switch.”