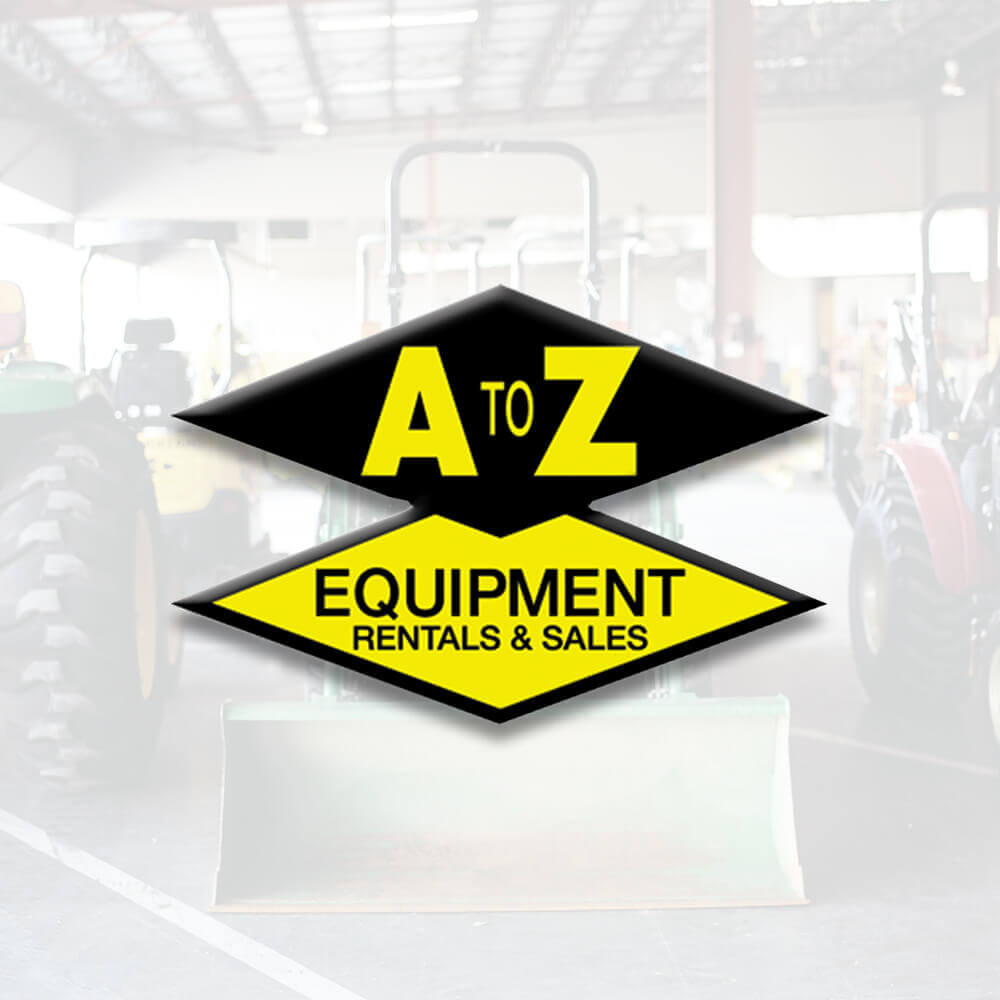 A to Z Equipment Rentals & Sales

A to Z Equipment Rentals & Sales is a four-location rental store and dealership operating in the Phoenix, Arizona area. Founded as a rental store in 1960, the company over the years has expanded from a small general rental shop to a member of the RER 100 and a sizeable dealership.

A to Z’s dealership software was great for the sales side of their business, but it was a nightmare for the rental side, which was responsible for nearly half of the company’s income. Because it was built for account customers, it seemed like “it didn’t want us to take money,” several A to Z employees said.

Customers had even left without completing contracts because of how complicated the process had been.

With rental being the most profitable part of the business, owners Vicki and Doug Dickerson needed a software that would keep their team and their rental customers happy. But they didn’t want to swap back and forth between programs – they needed a rental software that could handle the dealership side of the house as well.

In 2016, A to Z was evaluating their software options and didn’t feel like Point of Rental would be able to handle the dealership side of business. Two years into their contract with the dealership software, their rental experience was so inefficient that they were back in the market. By then, Point of Rental’s Elite software provided them an option with smooth rental processes and could handle the basics a dealership needed.

Better still, the Dickersons found that Point of Rental was willing to listen and improve the software to ensure it would continue to meet their needs. With a year and a half left on their contract with the dealership software, they turned their business over to Elite.

“It’s made it a lot easier to do all aspects of my job,” said Blake Mcerlain, part of A to Z’s Avondale team. “Whether it’s making a new rental, ordering parts for a customer, looking up new or old reservations…it just makes it a lot quicker and easier.”

Blake’s sentiments were echoed throughout the company, with counter staff in all four locations citing the ease of use and ability to get through contracts quickly as a huge benefit. It’s also improved employees’ self-esteem – the delays with the old system took their toll not only on customers, but how A to Z’s team felt they were perceived.

“Customers view me as more efficient now,” said Event Rental Coordinator Kelly Hardy. Because the old system didn’t allow for easy access to view inventory at all their locations, customers would be at the counter for several minutes while staff searched for items in the system. “I think they thought, before, that either we as a company were antiquated or that we weren’t competent.”

Meanwhile, at the head office, Vicki most enjoys the ease of adding and changing data, like parts headers or rates.

“In the old system…even changing rates would take about a half an hour. I changed some rates [earlier today], and it took 10 seconds,” she said.

The Power to Build

The parts and service teams are on board with the change as well – they’re still able to accomplish what they need to, and many of their processes have gotten faster. As Point of Rental continues to enhance its software, A to Z will play a key role in developing the software’s features to make it as excellent on the sales side of things as it is for rental.

“It’s a forward-looking company, and I could see that when we attended the [Point of Rental International] conference and talked to a few different people,” Doug said.

The couple’s son, Grant, who joined the company full-time and has played a key role in implementing both products in 2016 and 2019, went further: ”Point of Rental is honestly dedicated to making their software better and finding solutions to the problems that their customers are having.”

According to A to Z, a big part of their confidence in Point of Rental comes from how the implementation team ensured they’d be ready to go from Day 1 and how they’ve continued to help since they went live.

Grant was impressed with the thoroughness of the process and Point of Rental’s focus on ensuring that A to Z’s needs were met throughout.

“The transition was pretty impressive,” said Grant. “We had extensive training remotely beforehand and the trainers came on-site and worked with us when we went live. Our implementation team stuck with us through the initial weeks and even now, we’re able to work with them on issues and they’ll get us where we need to go. They looked at our business and they showed us how Point of Rental could help us accomplish our goals.”

Compared to the previous software installation, Doug noticed, “There were Point of Rental people at each store [during implementation]…they were all giving our people the same message and the same methodologies. We didn’t see that last time.”

Now that the company has been using Point of Rental for a few months, they’re beginning to reap the rewards of a more intuitive software.

“It actually helps us accomplish certain things,” said Grant. “Where a more basic system might just give you a place to input data, Point of Rental actually has tools to help you do things faster, find problems, and run your business more effectively.”

“The employees are a lot happier. You can see at the counter that things are a lot more efficient, quicker for the customers, doing things like transfers, renting at one store and returning at the other – they’re all much easier to do in this system,” added Doug. “And I have a feeling that Point of Rental is going to get stronger in [heavy equipment sales].”

Vicki summed up A to Z’s experience so far: “For rental, there’s nothing to compare to Point of Rental…it just leaves them in the dust.”